HomeWhat We DoGreat Decisions Series
A- A A+ 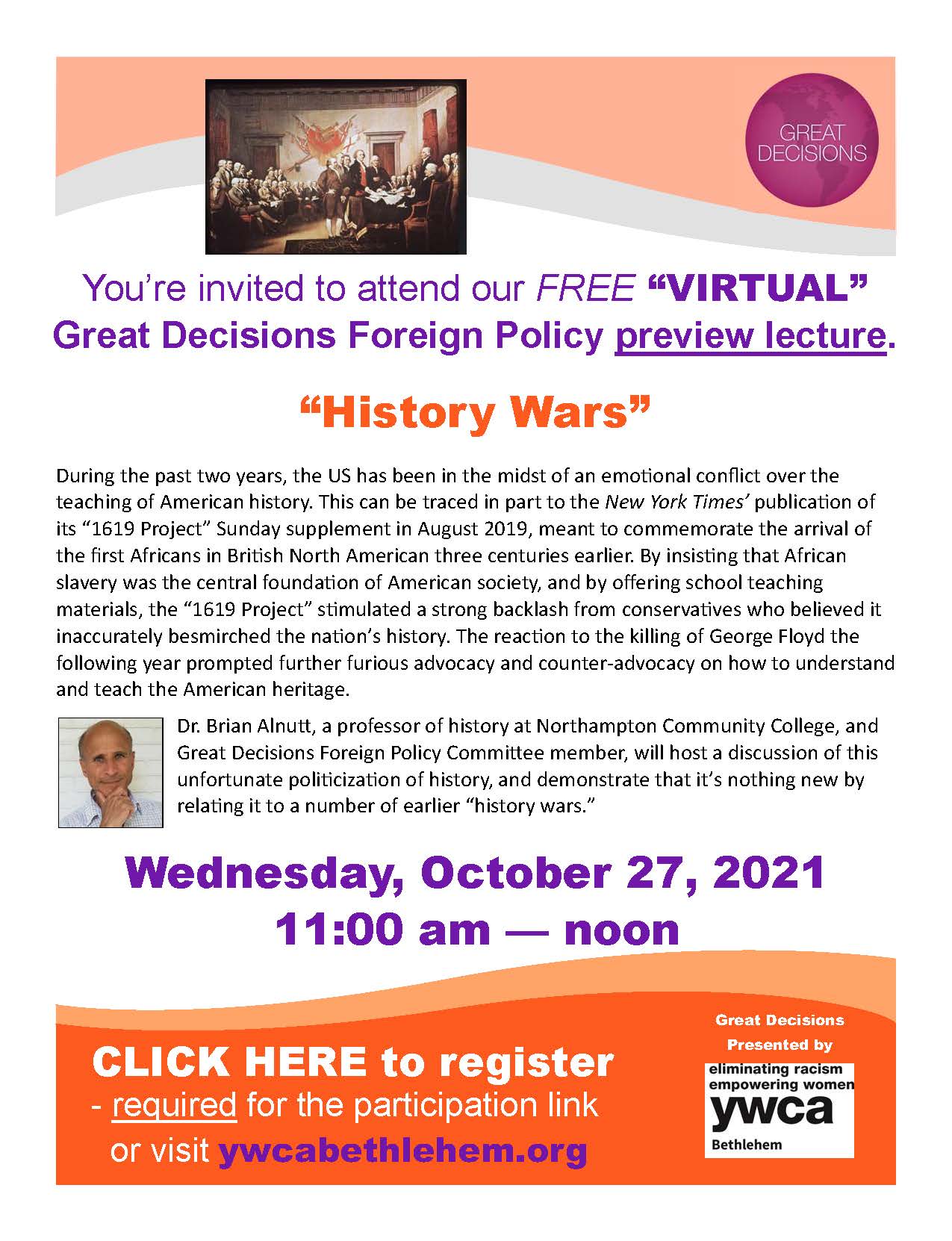 A Look Ahead: 2022 Great Decisions Topics

The Foreign Policy Association (FPA) has announced the topics for the 2022 Great Decisions Foreign Policy Lecture Series. Program details and registration will be available in January.

The ideological divide in the United States on the subject of climate change has impeded progress in curbing greenhouse emissions. But extreme weather events at both ends of the thermometer have focused attention on the consequences of inaction. What role will the United States play in future negotiations on climate?

Russia and the United States have many areas of conflict and some possible areas of mutual interest. Arms control, Russian interference in U.S. elections and support of cyberattacks, the status of Ukraine, the fate of opposition politicians in Russia, all continue to be concerning. How will the new administration in Washington approach these issues?

The situation in Myanmar, including the coup by the military in February 2021 and the ongoing human rights crises, coupled with civil resistance by those opposed to the regime, have led to chaos in the Southeast Asian country. How are neighboring countries reacting, and what role will ASEAN play?

As part of the U.S. pivot to Asia, the United States has been in dialogue with Japan, Australia and India in an effort to contain China. Recently, the Quad countries held joint naval exercises in the South Pacific. How effective will the actions of this alliance be?

The world experienced remarkable demographic changes in the 20th century that continue today and have resulted in far-reaching social, economic, political and environmental consequences all over the globe. These consequences are creating mounting challenges to development efforts, security, climate and the environment, as well as the sustainability of human populations.

The issue of migration to the United States from Latin America has overshadowed the war on drugs, which has been underway for decades with little signs of progress. What are the roots and the bureaucratic logic behind today´s dominant drug policies in Latin America? Is it time to reconsider punitive drug control policies that disrupt supply chains and punish drug possession?

The current discussion of industrial policy in the United States is not simply about whether or not to support specific companies or industries, but about trust or mistrust of the government and its ability to manage the economy and deal with a rising China. The upheaval in supply chains during the pandemic exposed weaknesses in the international economy. What policies can the United States implement to deal with trade and the economy?

The new administration in Washington promised to reverse many of the policies of the past administration, especially in foreign policy. How will issues such as climate, the pandemic, and alliances be treated under the Biden administration?